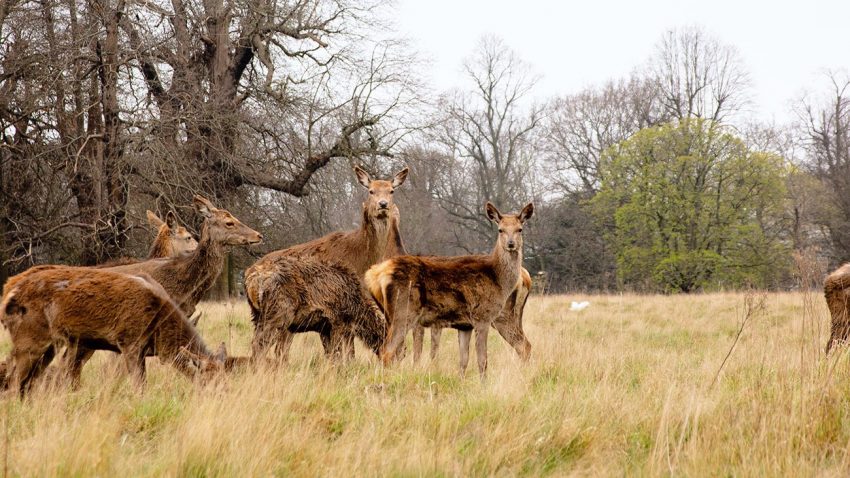 London can be many things to many people. In a city saturated with historical monuments and famous landmarks the river city is a veritable playground for the throngs of eager tourists wishing to soak up a bit of British culture. For the young, or the very young at heart, London is a beacon representing opportunity and change; it is a place where you can hope to have it all. This city is now my home, and the beautifully confusing metropolis, with its diverse and often idyllic landscape, is an utter joy to navigate and explore.

When you move to a new country, the residing gentry take great satisfaction in imparting their local knowledge and insider advice on where they think you should visit first. I received so many recommendations that I began to discover bits of torn paper adorned with hastily scribbled notes or sometimes just single indecipherable words such as ‘Sissinghurst’, or ‘Scottish lady with grey hair – side alley, cherry blossom, river bend’. I was impatient to investigate my new home and was determined not to miss out on one single tidbit of sage information. My tote bag became a seemingly bottomless pit where scraps of paper lay dormant for weeks, or sometimes even months, just waiting to be discovered like the expat’s version of a lucky dip. Great words of wisdom jotted down in haste, just waiting for me to heed the enthusiastic advice.

A destination that required very little use of my memory bank, simply for the multitude of times it was presented to me by eager locals, was the vast expanse of land known as Richmond Park. The landscape of this idyllic Nature Reserve is a far cry from your quintessential English park, in fact Richmond Park is one of the country’s most integral areas for wildlife conservation. The landscape, all 2500 acres of it, is a mere 9.5 miles from the center of the city’s financial heart, yet the beauty and calm within the park feels like a journey into the remote English countryside.

The sweep of this untouched, bucolic terrain slips away from the river Thames and segues into the wider grassy landscape, where an undulating tapestry of silvery birch trees and gnarled old oaks stretch out toward the distant surrounding suburbs. You can, and likely will, get lost in here. Perhaps that was the intention, when in the early 17th Century King Charles I, while escaping from the outbreak of the plague in London, discovered that this previous pastoral region of medieval farms and grazing land was the ideal location to create a Royal hunting ground. He then proceeded to introduce around 2000 deer and built an 8-mile-long brick wall in order to deter them from straying beyond the borders of the park. Over time the original wooded landscape began to evolve as the deer and the hunting progressed. The introduced species feasted on the leaves and low hanging young branches of the trees preventing the open grassy field from maturing into denser woods.

Richmond Park has changed little over the centuries and although it is surrounded by human habitation, the varied landscape of hills, woodland gardens and grasslands set among ancient trees abound in wildlife. As an important habitat for wildlife the park now has protected status and is a National Nature Reserve, London’s largest Site of Special Scientific Interest and a European Special Area of Conservation. One of England’s paramount sites for ancient trees, the countryside supports a range of rare species including fungi, birds, beetles, bats, grasses, and wildflowers. Although rich in biodiversity it is difficult not to become solely transfixed by the majestic herds of Red and Fallow deer. Since my first visit to the park, I have returned several times in all types of weather. Although the blue sky and warmth of the summer season creates a sense of euphoric happiness, it is the moody and misty atmosphere during the colder months that evokes a sense of old English rural charm.

With much of the terrain carpeted in golden brown and pale green clumps of waist high grasses it is often quite difficult to catch a glimpse of the herds against the horizon. Reddish brown shaggy coats are camouflaged by the complimentary landscape as the flora seems to mimic the colour palette of the grazing deer. Equally challenging is being able to approach these beautiful animals up close and personal. It seems hard to imagine the hunting practices that were once carried out in this peaceful environment. Fortunately, the hunt for us today is merely for observational purposes and personal curiosity. I reflect for a moment upon my excitement when catching glimpses of these iconic animals and realise how equally amazed tourists back in Australia must feel about spotting kangaroos in the outback.

However, not all of Richmond Park is a designated grazing smorgasbord. Swept into the southern edge of the vast grassy expanse lies a secret garden; a hidden oasis laden with voluptuous bushes of evergreen azaleas, many of which were imported from Japan in the 1920’s when Orientalism and the seduction of the East was very much in vogue throughout Europe. In the late spring the Isabella Plantation is ablaze with colour as the magenta and hot pink flowers interlace the surrounding greenery creating a vibrant symphony of colour and life.

The azaleas were just beginning to blossom during our visit, and still the sneak peak of showy blooms was enough to evoke images of the delights to come. As the weather was less than ideal, and in the very early throes of the new flowering season, we had understandably low expectations of what may lie within the perimeter of the plantation. There is a saying in England ‘If a plant can’t grow here, it can’t grow anywhere’ and the undulating rows of prodigious camellia shrubs, whose vivid conspicuous flowers far outnumbered the number of leaves, were a proud horticultural testament to the power of the English garden. I look forward to returning in late April or early May when the azaleas are at their very best.

I hope you enjoyed exploring Richmond Park with The Sunday Londoner. Please do leave a comment below, I’d love to hear from you! Have you ever visited Richmond Park, or maybe you’ve been somewhere else with wild deer?