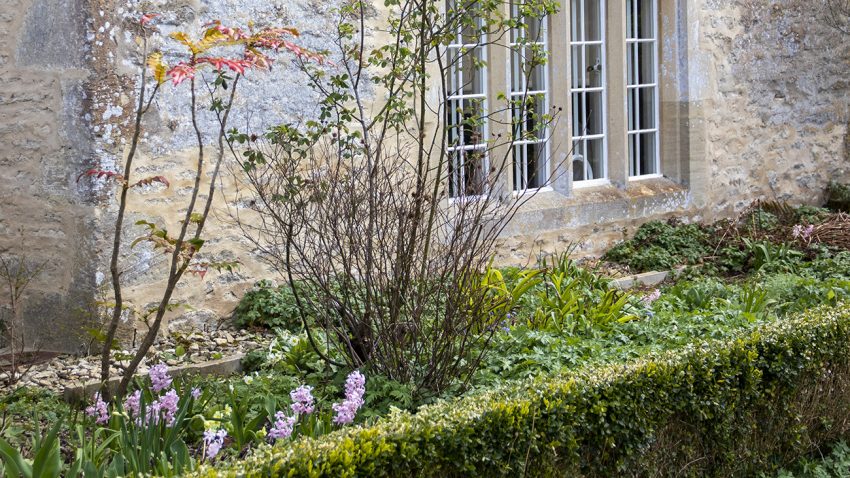 When we were planning our long weekend in the Cotswolds, a visit to one of the many grand heritage gardens that reside here was a necessity. Like resplendent precious jewels adorning a royal crown the gardens of the Cotswolds lay scattered throughout the countryside transforming what is already an exceptionally beautiful landscape into a treasure trove of natural wonder. This Area of Outstanding Natural Beauty is arguably one of England’s most generous landscapes, with a succession of green, rolling hills that rise gently from the Upper Thames and fall away into the verdant valleys below. Here the pale limestone villages and the mellow tributaries of the Thames make perfunctory passage throughout the land.

The immense charm and beauty of the area has attracted many artists and writers throughout history, many of whom sought refuge and inspiration amongst the calm and peaceful landscape. Jane Austen lived for many years in the city of Bath, in the southern tip of the Cotswolds, and set two of her novels – Persuasion and Northanger Abbey – among the region’s villages and estates. On a warm summer’s day you can imagine the author wandering through the grassy wildflower fields, the sun shining on her face in a peaceful flood of light, as she hunts for inspiration for the characters in her novels; each step rousing her senses as the bruising scent from the wild herbs below her feet fills the balmy air.

The exuberant swathes of flower filled meadows, with their powerful colours and textures, were also the perfect antidote from city life for the writer and designer William Morris who also found inspiration among the naturalistic setting, making his country retreat in the northern village of Lechlade in 1871.

In 1861, a decade before the Cotswold countryside would directly inspire his designs, Morris established The Arts and Craft Movement as a reaction to the mass production of the Industrial Revolution and its consequential lack of importance placed on the decorative arts. William Morris and his firm of fellow interior decorators, artists, and manufacturers dedicated themselves to revitalising the humanistic quality of medieval craftmanship. The firm was run as a collaborative where artists and manufacturers worked together to realise their designs and bring them harmoniously to fruition. The Movement aimed to elevate the decorative arts and to champion the idea that there was no meaningful difference between that and fine art. A reviewer from an 1893 exhibition said that the Arts and Craft Movement represented a tangible protest against design as “a marketable affair, controlled by the salesmen and the advertiser, and at the mercy of every passing fashion”.

Kelmscott Manor was to become the rural summer retreat for Morris and his family; a place where the writer and designer could engage directly with the natural world and to watch the season unfold before him in a riot of colour and form. Morris spent much of his time in and around the stone house, collecting inspiration not only from his flourishing gardens and the surrounding countryside, but also finding great joy in the house itself. Originally built in the early 1600’s as a farmhouse, Morris often marveled at the building’s structure and quality of craftmanship, and he considered its setting to be in complete harmony with the encompassing terrain. Morris stated that the pale stone structure looked to him as though it had “grown up out of the soil itself”.

Although the house and the enveloping garden were distinctly different entities, especially during the winter months when the garden would have lay dormant and venturing out amongst the bitter cold would have felt extremely uninviting, the botanical colours and motifs found scattered throughout the garden inevitably found their way inside. English houses of old were often made with small windows and thick stone walls to shelter the inhabitants from the fierce winter freeze, especially in the period before electricity and central heating when Kelmscott Manor was first constructed. Although grand with an air of undoubtable lightness due to the limestone façade, the house would have been typically dark compared to the exuberance of the outside garden. Morris created a richly layered interior of luxuriant greens and brilliant blues (his favourite colour) amongst the generous fireplaces and rustic wooden beams. Repeating floral motifs are found interwoven throughout the house leading the eye fluidly from one room to another to harmonious effect.

Stately tapestries hang from floor to ceiling, overlapping in places and giving the impression of one great length of velvety wallpaper. Hand painted Arts and Craft tiles in delft blue and white cover the walls inside the fireplaces drawing the eye inwards and then back out again towards comfy plush armchairs unholstered in bold William Morris woven fabrics adorned with woodland birds and flowery themes. As a potter I always feel drawn to the ceramic collections in artists’ homes and Kelmscott Manor was laden with beautiful blue and white salt-fired pottery jugs and bowls whose cobalt swirls and patterns melded into the interior architecture so perfectly as if it were their natural setting.

We were very fortunate to visit in early April, as the house had only just reopened the week previously following two and a half years of restoration work made possible by a £4.3m lottery grant, a charitable investment for the conservation of heritage buildings and areas of important significance. The restoration came at a time when the house and grounds were in danger of falling into dilapidation and the important worked carried out on the gardens and the structure of the building has ensured that the artistic and cultural legacy of William Morris and his Arts and Craft ideals will live on for future visitors to experience the place that inspired one of England’s most influential artists.

As you meander along the gravel pathways, snaking your way past meticulously clipped box hedges towards the open meadows, you will stumble upon wild grasses and cheery daisies as they spring forth from the damp earth in synchronised perfection, and you can understand why the renowned artist and writer was drawn here. There is something evocative about the landscape, the way the willow looms over the narrow stream known as the Radcot Cut which skirts the property. Its limber branches continuously dip in and out of the cool languid water, while dragonflies dance and hover above as though blissfully unaware of their picturesque surroundings. It was here, in his garden at Kelmscott, that the designer witnessed the tiny thrushes stealing the strawberries that influenced his famous furnishing fabric Strawberry Thief, and the long, contemplative walks that he took through the wildflower dotted countryside that would eventually lay the seeds for his design Willow Bough. Even as a writer, Morris’ utopian novel News from Nowhere was based upon a fictionalised version of Kelmscott. Perhaps it was his love of Kelmscott and the beauty of craftmanship that he found there which sparked Morris’ passion for conservation. He became an ardent activist against the destruction of churches whereby they were stripped of their original features, and the “Victorianising” of them into modernity, therefore losing their original character and artistic craftmanship.

“Nothing should be made by man’s labour which is not worth making, or which must be made by labour degrading to the makers.” – William Morris

Kelmscott Manor is a tangible link to the beliefs and wisdom of William Morris and to the legacy that he has left upon the world of design, art, craftmanship, literature, and education. As I reflect on my time spent wandering the gardens and admiring the hand painted wallpapers and artistic details that lie within the house, I am reminded by just how relevant his designs and ideas still are today. Morris believed in the integrity of the natural world and how we, as human beings, should strive for harmony between humankind and our inherited environment. A portrait of William Morris hangs in the attic of Kelmscott Manor and underneath the photograph reads the famous quote by Morris “I do not want art for a few, anymore than education for a few, or freedom for a few”. With the investment by the national lottery creating a new learning centre, as well as educational programmes for schools, and increased access for visitors, there is hope that the William Morris legacy will be conserved for many future generations.

As we turn to leave, I take one more sweeping glance across the property, trying desperately to remember all the glorious details of my fleeting visit, and vow to return when the summer roses are flowering in all their vivacious glory.

I hope you enjoyed visiting Kelmscott Manor with The Sunday Londoner. Please do leave a comment below, I’d love to hear from you! Have you ever visited this incredible place, or maybe you’ve been lucky enough to visit another of England’s great manor houses or gardens? I’d love to hear any suggestions for future jaunts!

If you enjoyed reading about William Morris’ beautiful country estate, you may also like to read about the artistic retreat of artists Vanessa Bell and Duncan Grant at Charleston – Life in Colour

Thank you to property manager Gavin, who is pictured above with Kelmscott resident mouse catcher extraordinaire Horacio, and the wonderful team at Kelmscott Manor for working so hard to preserve one of England’s greatest artistic legacies.