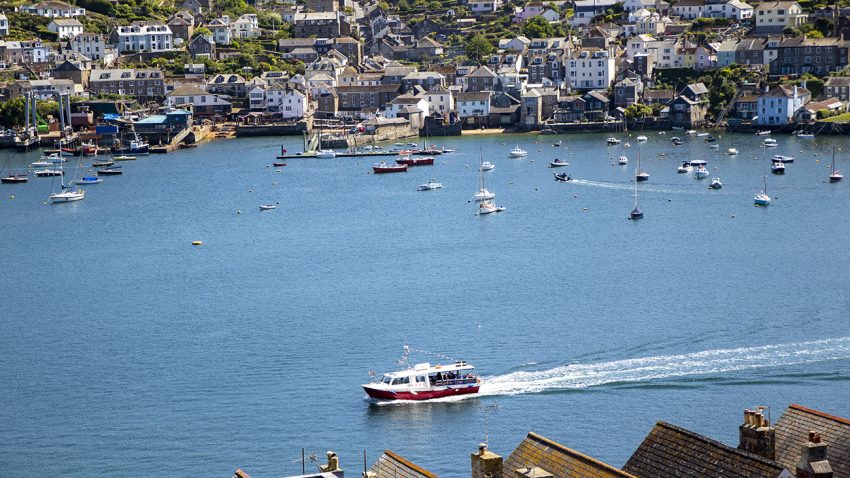 An awful lot of people have childhood memories of holidays in Cornwall, and the holidays are old-fashioned and hugely successful. You stick a child and a dog on one of the beaches, and they just light up: they just love it.

Cornwall has been high on my list of places to visit since I first moved to England. Boasting a vast 697km of rugged coastline, the Cornish coast is the longest in the country. With stretches of craggy cliffs interspersed by breathtaking pristine beaches, and smattered with impossibly quaint fishing villages, it is hard to imagine a lovelier place in the height of the British summer.

Dan and I recently travelled to Cornwall to spend the remaining time with my mum before she flew back to Australia after a month-long visit to the UK. A little break from the bustling city life was a requisite for this Sunday Londoner, and it was the perfect excuse to venture down to England’s southernmost tip for a sea change. It was also an opportunity to explore the glorious coastline that makes Cornwall such a sought-after holiday destination. With its untamed, natural landscape housing a unique blend of microclimatic conditions, Cornwall’s terrain is as varied as it is spectacular. It is a combination of wild moorlands interspersed with compact pockets of lush woodlands that slope down towards an uninterrupted coastline of sandy beaches, and backlit by a translucent turquoise sea. Cornwall’s charm lies not only in her naturalistic beauty, but in the unexplainable feeling of isolation here. Perhaps this impression slowly manifested for me during the long journey down from London. The train slowly wound its way through the bucolic English countryside, eventually snaking along the water’s edge in the neighbouring county of Devon. This stretch of coastline feels familiar. It has been almost two years since I left my home in Australia and the resemblance of the landscape outside the window to the Australian coastline takes me by surprise and triggers a certain nostalgia for my childhood.

Fowey – Last but not Least

We based ourselves in Truro and found a perfectly lovely Bed and Breakfast, from which we set out each day in all directions. Many places we chose to visit relied on a combination of research as well as some insider advice from a dear friend, who has been holidaying with his family in Cornwall since he was a child, so was only too happy to offer suggestions based on our interests. Our friend assured us that if we wished to leave Cornwall on a high, then a jaunt to Fowey was a must. He insisted that the seaside town was beautiful even in the rain but added that if we were fortunate to visit on a sunny day then we would never want to leave.

Fowey – pronounced Foy by the locals who like to say it rhymes with joy – is a picturesque medieval port town nestled within an appropriately named Area of Outstanding Natural Beauty. With its sheltered deep-water harbour, the town’s strategic location at the mouth of the river Fowey made this town an important trading hub that serviced the Southwest region of Britain, providing a significant trading link during the period of Norman rule. To this day Fowey’s harbour remains an integral trading port for the south of the country. Cornwall holds the world’s largest deposits of china clay and today approximately 500,000 tonnes per year is exported through Fowey’s harbour where it is then used as a principal whitening ingredient in many household products including toothpaste, paint, lightbulbs, soap, and cosmetics. With the decline in china clay supplies, Fowey, as well as many of the surrounding coastal towns, have begun to diversify, and the town now relies mainly on tourism with a harbour that provides a haven for resident pleasure crafts, and the thousands of visiting vessels that arrive each year.

What awaited us on this glorious spring day was a gleaming aquamarine port whose waters were smattered with a lively array of boat life, their rigid, fibreglass bodies bobbing gently in the languid harbour below. We parked our hire car in one of the many public car parks in the summit of the town and slowly wound our way down through the rabbit warren of quaint laneways lined with equally quaint pastel-hued terrace houses, each with their own enviously uninterrupted views of the harbour below. Picturesque gardens filled with the spicy fragrance of wisteria and sweet-smelling roses were proudly displayed in front gardens. First impressions of this pretty place were most favourable, and I was glad of the extra two battery packs tucked safely into my camera bag.

Halfway down I spied a darling white metal bistro table set for two placed strategically to face the estuary and the coastline beyond. We are tempted to make ourselves at home down there in the sunshine and imagine what a lovely treat it would be to settle in for the afternoon with a cup of English Breakfast tea and a scone with jam and cream. The spell was broken by the discovery of a secret hidden garden, whose wooden signpost, slightly obscured by a scented rose bush, reads “Quiet Garden – sorry no dogs”. We descended the narrow staircase to find a tiny oasis overflowing with a riotous jumble of climbing roses whose frothy pink flowers loomed over voluminous bushes of purple lavender, the scent of which filled the space with the perfume of springtime. A small, rudimentary wooden bench was perfectly placed within this joyous informality and provided a tempting spot to while away an hour or two watching the harbour scene below. Although enticed to linger here in the warmth of the sun, the promise of a Cornish ice cream by the seaside lured us on.

Along with modern tourism comes the obligatory surge of cheap souvenir shops, and, thankfully, Fowey has managed – for the most part – to keep these peddlers of mass production at bay. We were delighted to stumble upon a lovely little shop window with artfully displayed illustrations depicting quirky everyday scenes and ventured inside. Here the exposed stone walls were festooned with embroidered wall hangings decorated with stitched people standing in neat little rows as though posing for an imaginary portrait. We met with shop owner Janine, who is the artist behind many of the hand-crafted artworks instore. Janine lives in a cottage in town and explained the joy of sharing the creative energy of artists and makers that she has met since moving from Gloucestershire down to Fowey. She urged us to return in early May next year during the annual Festival of Arts and Literature to really see how the town flourishes under the artistic festival. We couldn’t resist purchasing four of Janine’s illustrative cards before heading back into the street having met a new friend.

Across the narrow alleyway was another beautiful shop, laden with freshly laundered, gleaming white antique linens embroidered with the initials of someone long ago. Time worn crystal chandeliers still resplendent in their faded, shimmery glory, leaned precariously atop glass cabinets brimming with sparkly jewels that spilled out onto every available surface. This Aladdin’s cave is a feast for the eyes, and owner Michele explained that she is often asked whether the space is actually a shop or the contents of her home! I suspect from the warmth of tone in Michele’s words that she finds this frequent observation an amusing compliment on her personal aesthetic. Unfortunately, I leave empty handed as the items that really appealed – four perfectly chipped blue and white earthenware tiles – were sadly not for sale, instead being appropriated as props to display Michele’s envious collection of antique silver jewellery. I thanked Michele and admitted that if the tiles were mine, I would not part with them either.

As we continued through the narrow streets of the town, obviously once designed for horse and cart, we enjoyed window shopping and admiring lovely bookshops, art galleries, pastry shops, bakeries and finally reaching the waters edge where the local pub beckoned us to indulge in the best of Cornish pursuits- a cold beer sitting in the warm sunshine.

The sea itself was still and very calm, while the setting sun dappled the water with copper and crimson.

At this point, being so enamoured by the beauty of Fowey, I was starting to indulge in hypothetical scenarios about winning the lottery and buying a cottage here. Perhaps that stunning cream coloured cottage with the darling aqua shutters I spied on the opposite shore would be perfect. Alas I learn that it was Daphne du Maurier’s former home and is still owned by the family. No problem, there are many more ideal property opportunities to daydream about when I eventually own the pot of gold at the end of the rainbow.

We reluctantly leave Fowey, feeling rather heady after such a wonderful day, but vow to return as soon as possible. Until then I shall dream of pretty cottages by the turquoise sea, and warm summer evenings spent in my Cornish garden sipping gently from my English tea.