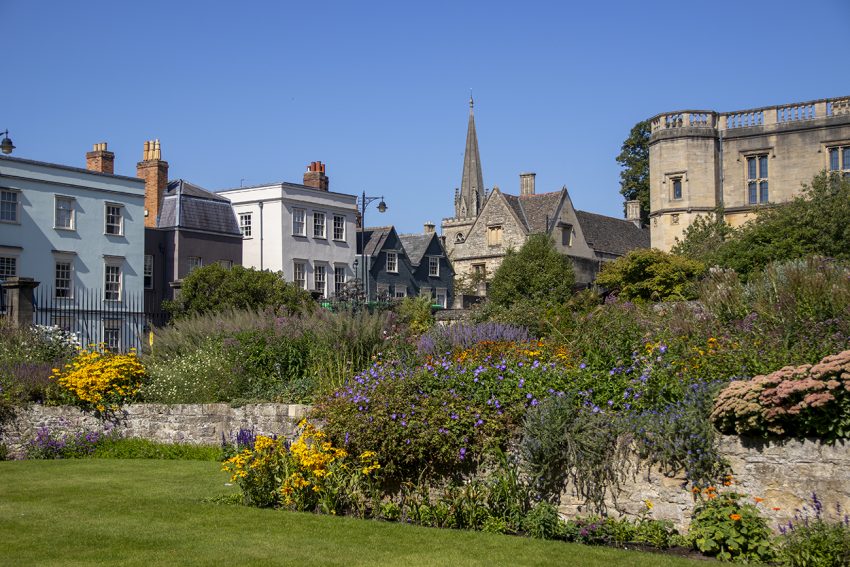 There is so much to see and do in Oxford that it is impossible to show you everything in one single post. Therefore, I have decided to share this quintessential English town in two delicious portions. In the first part, we wander around the town, taking in the grandiose architecture, and marveling at the specimens on display at the Natural History Museum. We also stop at one of my favourite Oxford eateries which is located inside an old fourteenth century church. Please enjoy part one of my two-part Oxford series.

“That sweet city with her dreaming spires. She needs not June for beauty’s heightening.” – Matthew Arnold.

If there is only one place in the United Kingdom which epitomises the idea of British culture for people around the world then it would have to be the beautiful city of Oxford. Home of worldly scholars and a thousand gothic spires, Oxford is one of England’s most beloved towns. Fresh faced students, academics looking to make a name for themselves, and curious, wide-eyed travellers have descended upon the town’s ancient, cobbled streets for centuries. You do not simply stumble across the historic university town on your way to somewhere else; Oxford is a pilgrimage, a definitive must see, not a deviation but a destination. It also represents a variety of meanings to every pilgrim depending on your specialisation or generation.

If you are a film buff then you will marvel at the stunning locations displayed in the Harry Potter films, as well as the car chases in the Italian Job, or the irreverent humour in A Fish Called Wanda. No Hollywood set designer could hope to compete with the natural setting that is quintessentially Oxford. As well as the film pedigree, literature lovers are spoilt for choice when reminiscing upon the exploits of Oxford’s notable students and professors such as Lewis Carroll, Thomas Hardy, Evelyn Waugh, JRR Tolkien, CS Lewis, Kenneth Graham, and Oscar Wilde. Also, who could forget the much-loved television series Inspector Morse written by Colin Dexter, which is set in Oxford. Finally, music lovers would know Oxford as the home of Radiohead, while car lovers remember the city as the production venue of the iconic Morris Minor.

However, it is the University of Oxford and its associated colleges and grounds that was the major drawcard for our travels. Oxford is the oldest university in the English-speaking world, and it is a magnificent and bustling hub of the city. My increasing list of sights to visit for our jaunt to Oxford was starting to become a little overwhelming, such as the Bodleian Library (one of the oldest in the world) the Ashmolean Museum and its cabinet of curiosities, or the Museum of Natural History which houses the impressive replica skeleton of the tyrannosaurus rex. We also needed time to enjoy just wandering around, discovering interesting shops and galleries, not to mention partaking in some delicious food and wine.

With such a large list of iconic sights, one day to explore Oxford was never going to be an option, so we decided to book for a long weekend. On a perfectly sunny September day we set forth from our home in West London, and one hour and thirty minutes later we alighted at Oxford train station into weather straight from the pages of T.H White’s Once and Future King. Having moved to the UK in winter, I was hoping for a summer of sunshine and roses, but I will happily take three glorious days in Oxford.

“Summer is more summery here than anywhere else I know; not hotter, certainly not sunnier, but more like summers used to be, in everyone’s childhood memories.” – Jan Morris

The city itself is quite compact and easily accessible by foot. Oxford definitely sets a nice gentle pace, so simply slow down and enjoy the elegant, old-world charm that flows through the town’s arteries. As Dan and I stroll through the main centre, the evidence of history becomes alive when observing the details of the town’s ancient stony heart. Words like cutting edge and fast paced are not synonymous with Oxford’s alluring past. Instead, we visit here for the film- set grandeur, the antiquity, and the idyllic storybook charm. Oxford has sat comfortably on a pedestal for centuries, hailed as one of England’s greatest and most eloquent beauties. A title that feels justly deserved, as the town is every bit as glorious as you could hope for. Of course, the sun casts veils of euphoric happiness over my eyes, but nevertheless, my vision was clear. Oxford really is that lovely.

“Oxford still remains the most beautiful thing in England, and nowhere else are life and art so exquisitely blended, so perfectly made one.” – Oscar Wilde

When overwhelmed by beauty there is only one reasonable choice. Look for somewhere to eat. Nothing whets the appetite quite like visual overstimulation. Having spent some time before arrival researching Oxford’s best eateries, we ventured forth to find Vaults & Garden, situated within the walls of the old congregation house next to the university church. The café was established by William Pouget with the vision of creating a socially positive hub built on the principle of ecological sustainability. With unrivalled views of the Radcliffe Camera and Radcliffe Square the café is nestled in a 1320’s church which is one of the oldest structures in Oxford. With its vaulted ceilings and generous garden this café certainly lives up to its name. Not to be outdone by the grandeur of its architectural surrounds, the food here is absolutely delicious. The menu is inspired by international flavours, and the dishes are home cooked with fresh, seasonal ingredients for very reasonable prices. Memorable food in a warm, friendly atmosphere with incredible views and gorgeous weather. We ended up visiting more than once!

Feeling rather energised we set off to explore Oxford’s Natural History Museum which rivals its older brother in London. The museum was established in 1860 to bring together the scientific studies of the natural world into a single place. Today, this award-winning museum continues to be a beacon of scientific research, an immense collection of fieldwork, and a magnanimous host to a wide programme of events, exhibitions, and activities for all ages. Highlights include the world’s first scientifically described dinosaur –Megalosaurus Bucklandii – and the world-famous Oxford Dodo (the only soft tissue remains of the mysterious extinct bird). The building itself is as spectacular today as when it first opened, and although I find the scientific specimens housed within fascinating, it is the architecture alone that leaves me speechless. As a striking example of Victorian neo-Gothic architecture, its style was influenced by the ideas of 19th-century art critic John Ruskin, whose detailed sketches and paintings of rocks, plants, and birds can be seen immortalised within the building’s columns and scrollwork.

I weave my way between a mammoth, ivory coloured whale bone and find myself enveloped by a curve of glass fronted cabinets filled with wonderfully bizarre looking creatures in naturalistic poses, as though ready to pounce at the slightest movement. Less theatrical yet equally arresting is the row upon row of tiny treasures hauled up from the sea. I practically slump my entire body over the horizontal vitrines to absorb each specimen from every possible angle. Faded, bleached out coral found along the east coast of Australia sits comfortably beside frilly pink conch shells from the neighbouring Polynesian Islands. There are shells with curls and twirls and pock marked curves that resemble the surface of some far away planet not yet discovered. Silly names that make me chuckle like horny chonchiolin and scaly-foot snail shell share space with specimens whose Latin names warrant no attempt to pronounce. The Pitt Rivers Museum of Anthropology and Archaeology adjoins the Museum of Natural History building, so both magnificent collections can be explored in a single trip. Pleasantly overstimulated we reluctantly left the Pitt Rivers Museum for a future visit.

Emerging from a museum or gallery in England during the summer months is like stepping out into a brand-new day. At the height of summer, the sun stays up until 9:30pm. When I moved to London it was suggested to me that: should I see the sun, or even a smidge of blue sky, I must get myself outside toot suite. There are certain pearls of wisdom you just never forget. One of life’s greatest pleasures is admiring other people’s houses and gardens and there is no place more perfectly made for a lovely balmy evening stroll than Oxford. So, with the sun on our faces and a little culture in our hearts we forge onwards, ready to meander aimlessly and blissfully through many of the town’s prettiest alleyways and side streets.

“I have one word of advice: if you see the sun, drop what you’re doing and go outside immediately. Don’t waste a second!” – A wise old friend

How to get there

By train (as we did) you can catch the Great Western Rail train from Paddington Station in Central London directly to Oxford which takes approximately 48 minutes.

I hope you enjoyed part 1 of The Sunday Londoner’s weekend jaunt around Oxford. In part 2, as the glorious weather continues, we take a morning boat trip along the idyllic river Thames, following the famous University Regatta course while enjoying the tranquil surrounds. After lunch in one of Oxford’s newest eateries we soak up some vitamin D with a wander through the Oxford Botanical Gardens, home to a magnificent rose garden in full bloom.

Have you ever been to Oxford, or perhaps you would love to visit one day? Please leave a comment below, I’d love to hear from you!